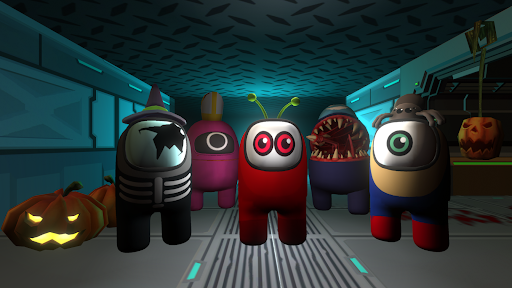 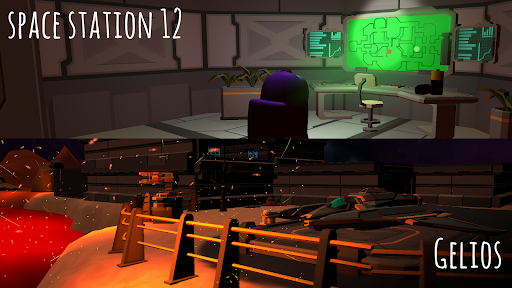 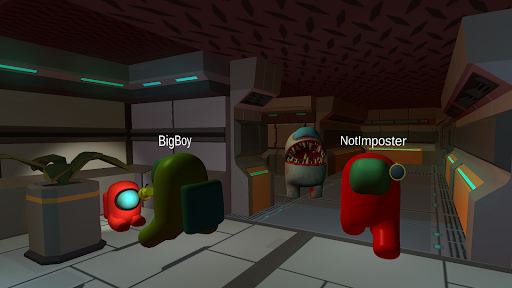 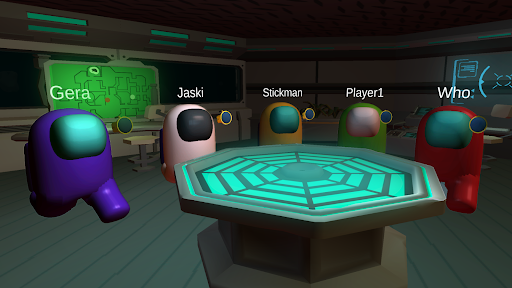 Save all the mini astronauts in single player or online.

The game has 4 game modes!
Mafia – up to 10 players, among these players is an imposter who looks like other players. But at any moment he can turn into an imposter and catch other players! Use a vote to determine who the imposter is and kick him out. Be careful and collect all the babies.
PvE – play with friends against an imposter controlled by the computer.
PvE – spacemen against the imposter, players play for the imposter.
Zombie – Infestation mode, anyone caught by the imposter also becomes an imposter.

Three completely different maps:
Space Station 12" Something terrible has happened, all the crew members are missing, but there are little ones left! You need to save them all, but in addition to the crew member and mini astronauts on the station there is an imposter… Beware of him because he's among us!

The Gelios scientific station, with no one left except the astronauts and mini-astronauts. Krisper the imposter has appeared on the station. Save all the mini astronauts on the station, which is located on a planet covered in sand and lava.

The planet IMP-13, where strange things are happening, is the home planet of the [classified] creatures, the astronauts have come to it to explore [classified] and mine [classified]

It's a scary game, but exciting and interesting, play it carefully!

– Single-player.
– Ability to play in multiplayer with up to 10 players!
– Turn into an imposter in Mafia mode
– You can play as an Imposter in online PvP and Zombie modes!
– Use traps in PvP, PvE and Zombie Mode to ward off the imposter
– You can hide in a vent in case of danger!
– The ability to turn off skrimmers
– Flashlight hunting mode for the imposter
– You have a flashlight, it will help you see in the dark at the scary station.
– The doors are rusted, open them carefully, it may provoke the imposter.
– Good thing every crew member wears a sensor, so I can see the traitor on the map on some of the monitors on the station.

We need to save all the little crew members, they are not to blame for anything!

The traitor among us can move through the air vents, I hope I don't accidentally encounter him…

IMP13 is available in Mafia mode! Also added new skins, sounds and achievements. Voting now shows who started it, a discussion time is given before voting, and it also now tells you if the player was an engineer. In the settings you can change the transparency of the buttons.
Installing games and programs Installing games with a cache
Is Downloding From Mudapk.com Safe: We here on Mudapk.com trying to provide a secure downloading experience to all the users. Mudapk scans high-risk files using many virus scanning programs to make sure that all the files are safe before users download it
Download Imposter 3D: online horror Mod Apk 8.2.2
Dumb enemy
Imposter 3D: online horror Mod Apk 8.2.2
Download - 71.83 MB